Showing posts with the label Kutaraja
Show All 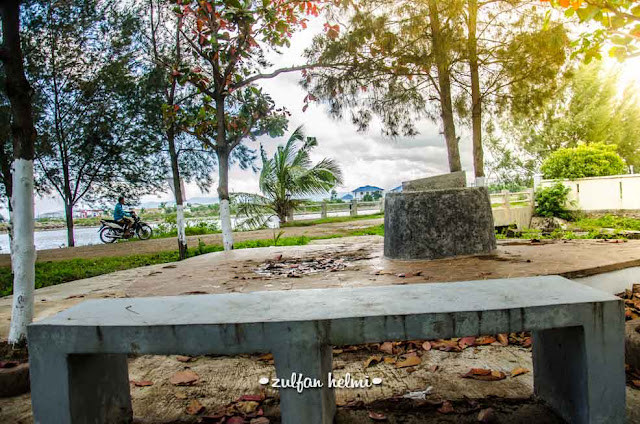 One of the favorite destinations for walkers visiting the Aceh is the point of zero km Sabang on Weh Island, site of a monument zero kilometre marker geographical parts of Western Indonesia. How about zero point of Banda Aceh? Historical Site, Zero Point of Banda Aceh I've always had this fascination of the point markers that indicates kilometers to or from the center of the place of which I am traveling to or from much more for KM 0 landmarks. In the area of Gampong Jawa there is an monument, less than one meter high. The monument is often called Banda Aceh or kilometre zero is also the place of origin of the city of Banda Aceh. The monument was barely visible from the street, as if hidden and not easy to find. The monument is made as Jeu'e (winnowing fork rice) or a depiction of Aceh Lhee Sagoe. Called Aceh Lhee Sagoe because there are three angles (sagoe) which sustains the Kingdom of Aceh. This monument has a position facing the open sea. There ar
Post a Comment
Location: Banda Aceh, Kota Banda Aceh, Aceh, Indonesia
Read more
More posts