Showing posts with the label Traveloka
Show All 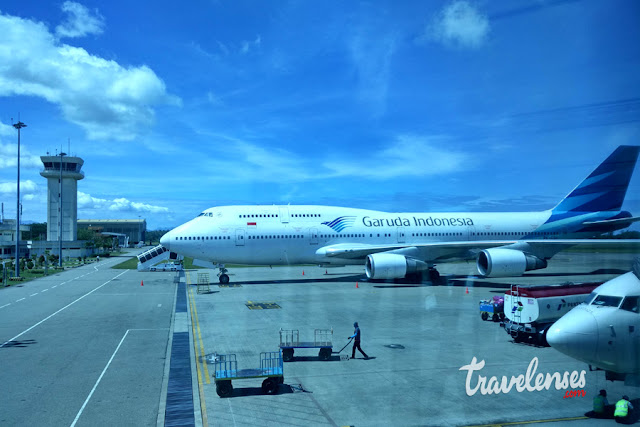 Aluminium Big Bird A 6.30am reminder for a 7am pickup to Kualanamu air terminal for a 9am flight. With next to no movement on the streets at this dull hour, I was at the air terminal at 7.45 am for an aggregate taxi toll of Rp40.000,- . With just my lightweight stuff, I checked in for the 9am Garuda Indonesia flight to Jakarta and headed through security. There were numerous shops were open, so after a few laps of the flight's lounge I held up until loading up started.  A snappy stroll down a few stairs and I headed over the landing area to my holding up Boeing 737-800. As the sun ascending high, a few travelers were taking photographs of themselves before the glimmering white flying machine.  Up the forward stairs and onto the plane I was warmly welcomed by a lodge team part once locally available this generally airship.  A photo posted by Garuda Indonesia (@garuda.indonesia) on Jul 13, 2016 at 7:57pm PDT Delicate green seeds and cocoa headrests
2 comments
Read more
More posts