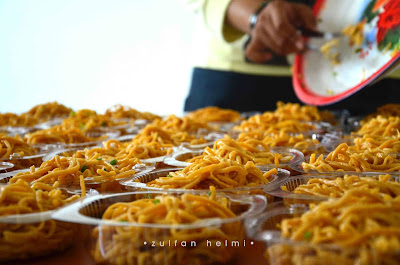 Mie Aceh? of sure you already knew that. This time i’ll share stories about the Mie Caluk. At first glance its shape similar to the spaghetti from Italy, and there is a seasoning sauces as well. Mie caluk a noodle-based confectionary name which is actually more popular in his home region of Pidie and Pidie Jaya.

Typical of this noodle is much larger in size (diameter) compared with Mie Aceh. The seasoning used natural spices like red onion, garlic and chilies. You can served it by smple way, noodles cooked by frying with seasoning. The sauce usually cooked separate with fried onions, chili, tomatoes and cauliflower. Besides that there are also seasoning beans, red sauce as additional when served up.

Mie Caluk is not only popular in their hometown, but now beginning to popular and sell in Banda Aceh, Bireuen, Lhokseumawe and other cities in Aceh. If you had walking around Banda Aceh in the afternoon, there are many seller who are selling Mie Caluk for example in Ulee Lhue, Peunayong and Lampienung area. You can be found some seller who are selling Mie Caluk as snacks for break fasting in Ramadhan.

If you want more complete, surely you must be to the Pidie region, about 2 hours from the Banda Aceh city. Grong-grong is a region which has known as a center of Mie Caluk snacks. When you pass Medan from Banda Aceh, people mostly will stop off at Grong-grong to buy some snacks to be taken home. There are ten Mie Caluk seller which lined along the road in that area. 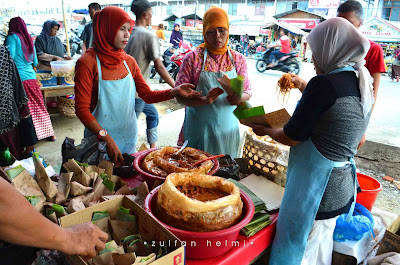 To enjoy Mie Caluk actually relatively cheap you just spend Rp.5000,- or Rp.7000,- only, for a single dish Mie Caluk. Usually, the seller will wrap up as your on demand. Beside the typical flavor, another the uniqueness of Mie Caluk is usually wrapped in banana leaves makes it more attractive and tempting taste.  Eat or take away and very reasonable prices now! 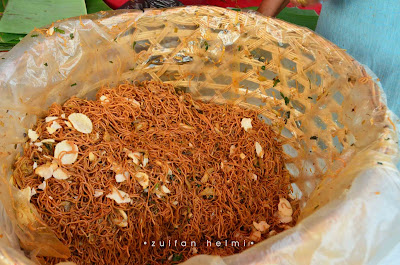 Thanks for visiting Mie Caluk, Spaghetti From Pidie article. I hope things will get interesting going forward…
Culinary